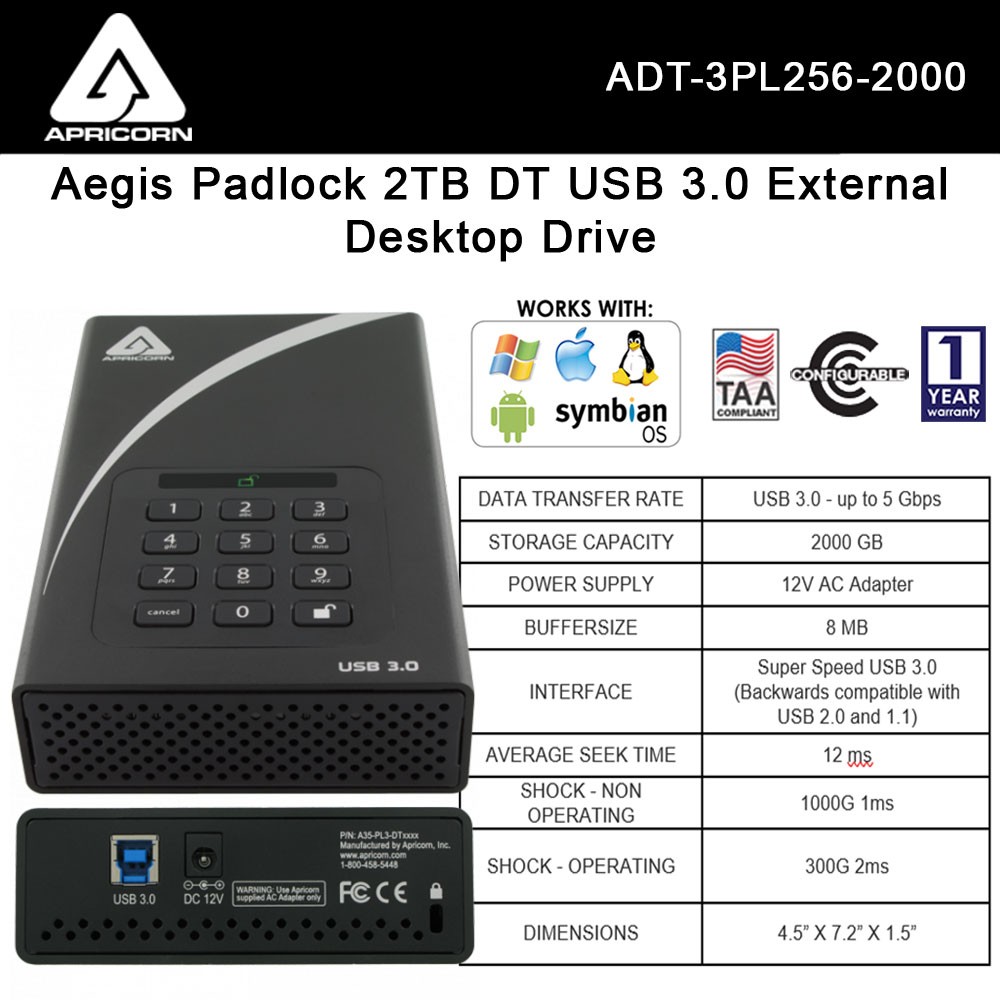 All Data is encrypted on the fly and the PINs and Data remain encrypted while the drive is at rest. Completely cross-platform compatible and OS agnostic, the Padlock DT thrives with Windows, Linux, Mac, Android, and Chrome. It also thrives where software-authenticated encrypted devices fail, such as embedded systems, or equipment in possession of a powered USB port and storage file system but no keyboard.

All internal componentry is protected from physical tampering with a layer of hardened epoxy, and the firmware is locked down to prevent any modifications making it impervious to malware attacks such as BadUSB.