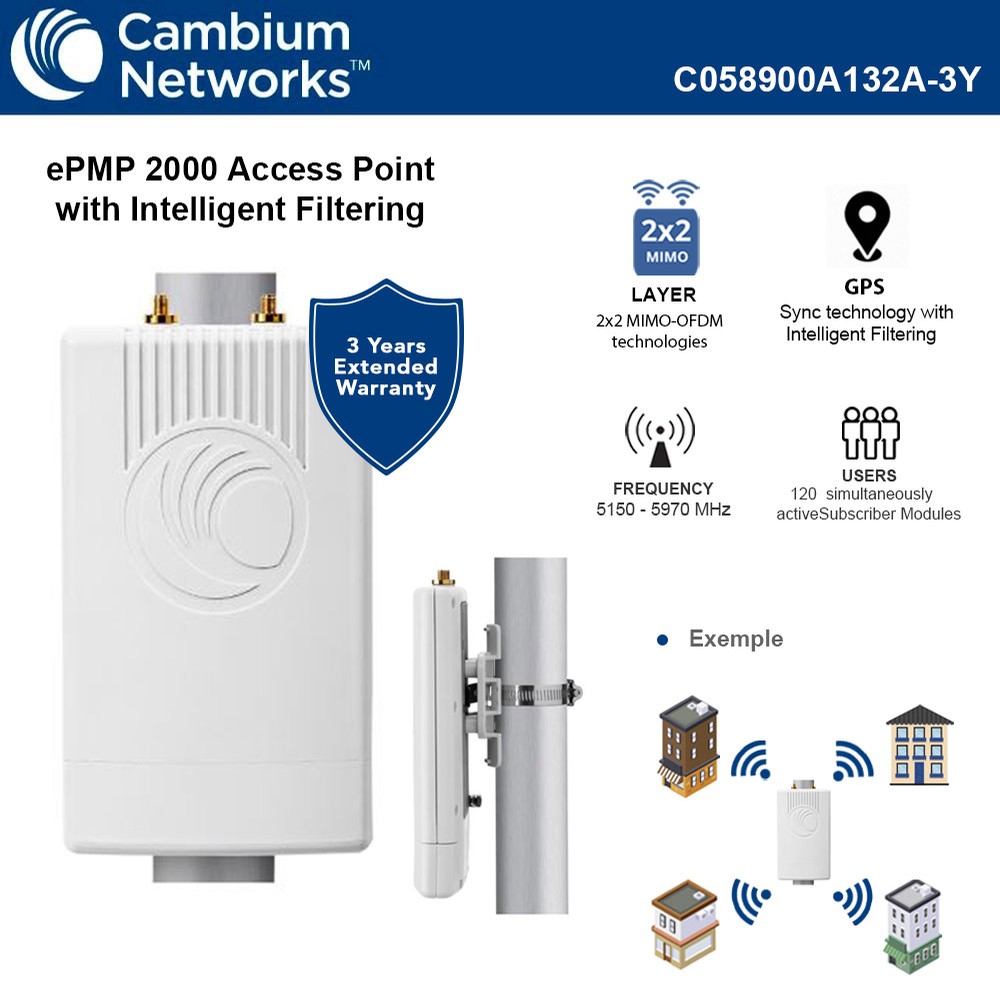 ePMP has set the standard for high performance, scalability, and reliability in harsh interference environments all at a compelling price. ePMP 2000 is the next-generation Access Point bringing interference tolerance to a whole new level with unique Hypure™ technology, which combines Intelligent Filteringand Smart Beamforming to deliver new levels of performance in the face of interference. The ePMP 2000 System consists of a high-performance, GPS-Synchronized Access Point (AP) Radio with Intelligent Filtering, a new compact high-performance Sector Antenna, and an optional Smart Antenna.

Intelligent Filtering improves both receive and transmit performance. It protects the network from off-channel interferers with a filter that dynamically moves around the channel. On the transmit side, it protects the RF environment by reducing off-channel transmission noise

Smart Beamforming drastically reduces the effects of on-channel interference. The System learns the locations of each served Subscriber Module (SM) and forms a narrow bean toward the desired SM while that radio is transmitting in the uplink. This reduces the gain on the uplink for on-channel interferers that are transmitting at an azimuth angle different than the SM, delivering performance gains never before seen.

• Unmatched Performance and Scalability: With the efficient Cambium MAC protocol and advanced air-fairness scheduler up to 120 simultaneously active Subscriber Modules can be served without performance degradation.

• Industry-Leading Interference Tolerance: The Intelligent Filtering capability on the Receive side makes the ePMP 2000 immune to the effects of strong off-channel interferers and on the Transmit side serves to reduce off-channel noise for better radio co-location.