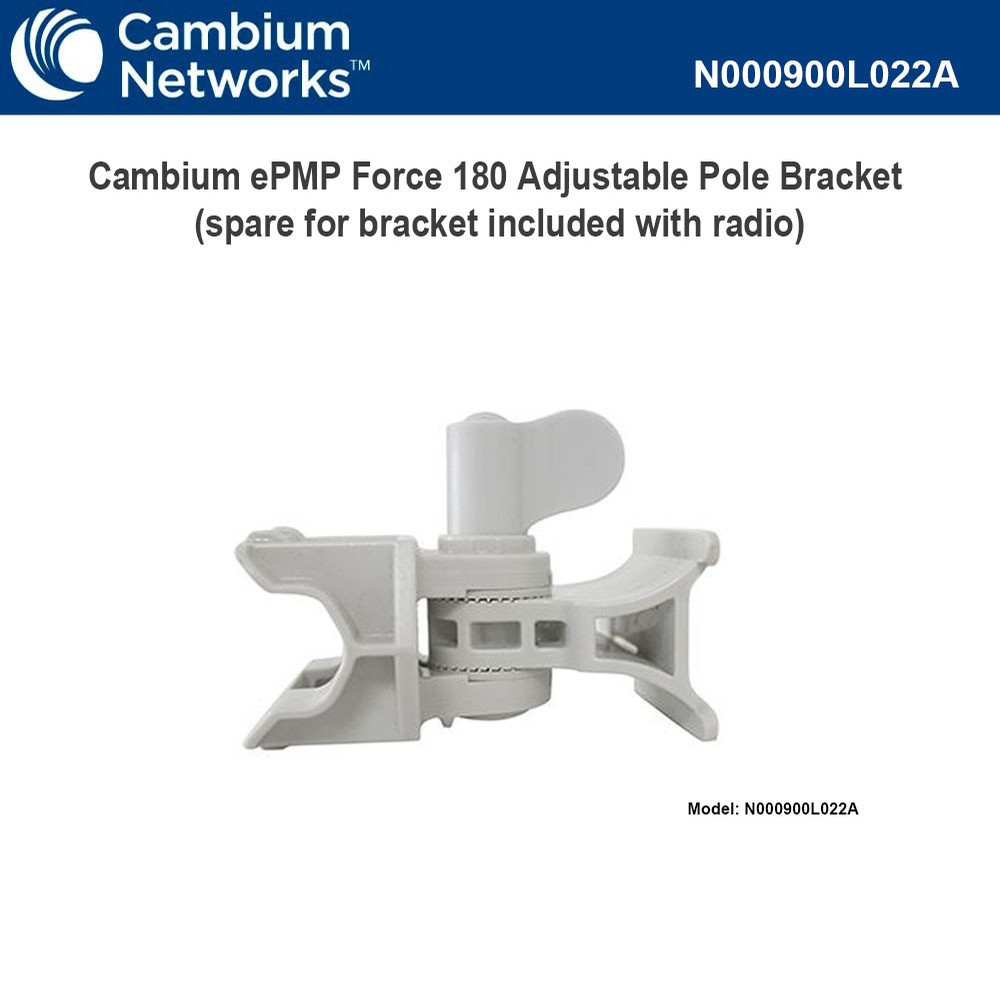 The ePMP Force 180 is the second generation of ePMP Integrated Radio Modules. It has the exceptional reliability and quality that users have come to expect from the ePMP product line and adds some significant performance enhancements. The ePMP Force 180 Integrated Radio can be configured as a Subscriber Module, an unsynchronized Access Point or a Backhaul radio. This radio will function as a client to an ePMP GPS Synchronized Radio in either a Point-to- Multipoint (PMP) or Point-to-Point (PTP) deployment forming a GPS Synchronized solution.

*not include ePMP force 180 Integrated Radio